Yes, The Bronson Pinchot Project is back for Season 2! The new season of the show premieres tonight, at 11pm EST on the DIY Network and it promises to be a great start for this 16-episode season!

Tonight’s episode is called Federal Sitting Room and, according to the DIY website, “in this episode, Bronson Pinchot takes an awkward space and transforms it into a room straight out of George Washington’s home. Affectionately known as the Federal Sitting Room, the space that Bronson and his team recreate is brought to life with a beautiful fireplace surround built from salvaged materials, including moldings from 1790 and wallpaper from 1805. The room’s focal point is a large plaster bust from the 18th century in the corner. These relics help create an elegant space that transcends time.”

So tune in on the DIY Channel and don’t miss it!! Edit: The show is on HGTV as well! Check it out! 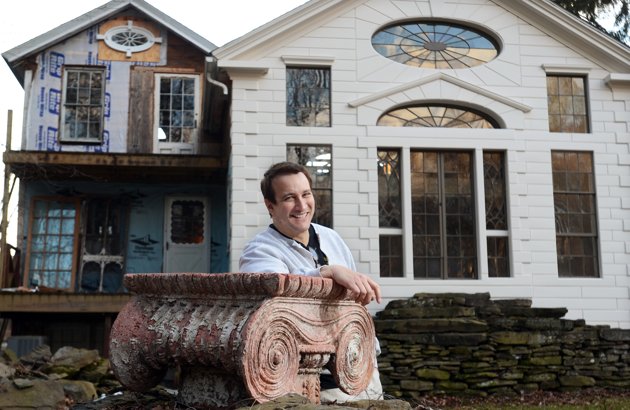